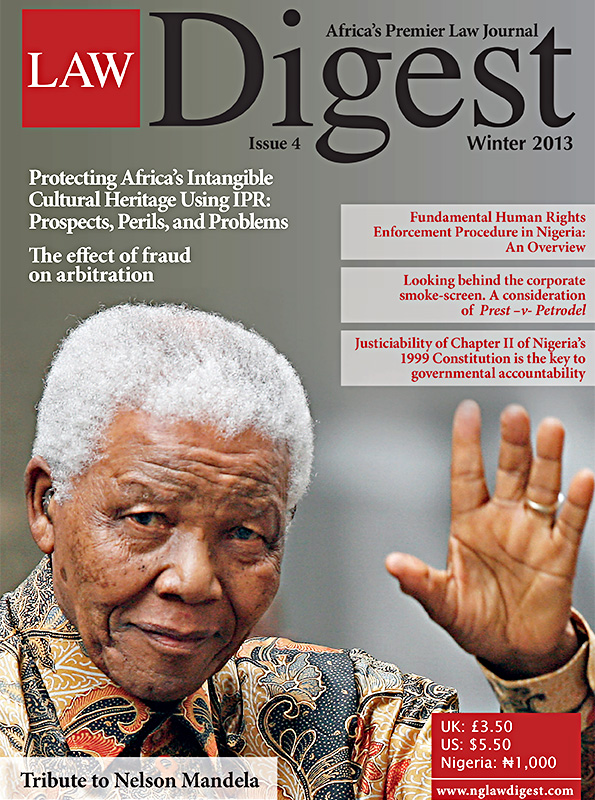 It was Harold Wilson who said that the thing politicians feared more than most are events. This is also true of editors. I had just fi nished this column and was set to eulogise the successful Internati onal Liti gati on and Asset Recovery Forum held on 5th November 2013 in Lagos. I was going to congratulate the team and our readers on the 1st anniversary of the journal and to tell you about the illustrious lawyer to be profi led in this issue. I was set to wax lyrical over the appointment of Hon Justi ce Alfa Belgore (Former Chief Justi ce of Nigeria) to our Editorial Board, but then I woke on 5th December 2013 to an event which puts all my self-ongratulati ons into insignifi cance. The Great One has gone to sleep forever! Whilst not unexpected, sti ll I was fi lled with a sense of loss.