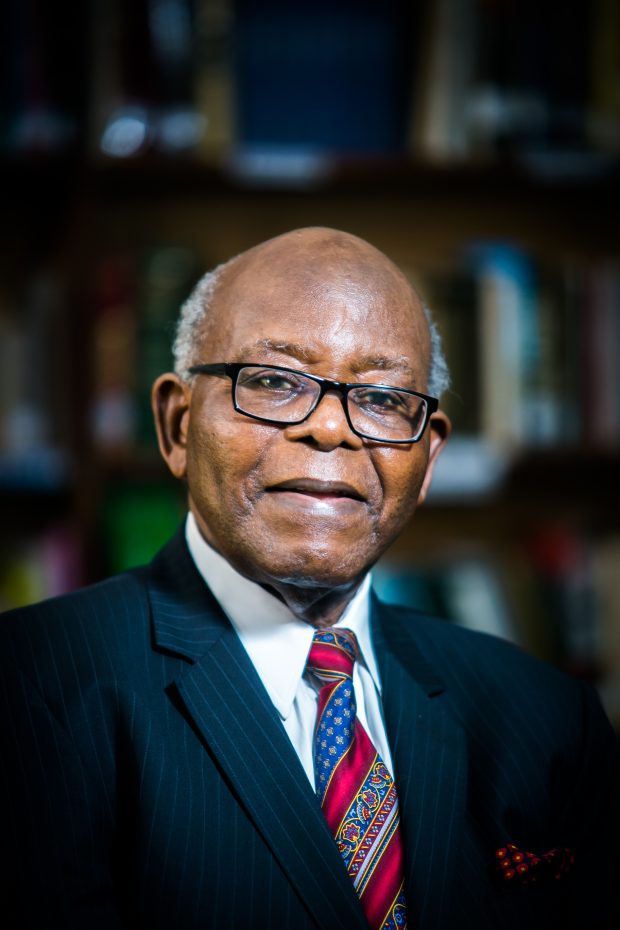 Sir Olaniwun Ajayi KJW, was a Barrister of the Inns of Court of England, Solicitor and Advocate and Notary Public of the Supreme Court of Nigeria; a Fellow of the Chartered Institute of Secretaries and Administrators. He was born on 8 April 1925 in Isara Remo, Ogun State. He got admission to LSE (the London School of Economics and Political Science, University of London) in 1959 where he took a degree in Law. He enrolled at the Council of Legal Education; Lincoln’s Inn, in 1959 and was called to the English Bar in July 1962. He was enrolled as Solicitor and Advocate of the Supreme Court of Nigeria on 2 November, 1962, the same day he started his outstanding legal career by joining the defence team in the treasonable felony trial of Chief Obafemi Awolowo SAN – who, along with Nehru and Gandhi, were his political mentors.

Sir Olaniwun Ajayi retired from active practice about 20 years ago, handing over the reins of his legal practice to Konyinsola Ajayi SAN, under whose leadership, the Firm evolved into a limited partnership, Olaniwun Ajayi LP. Olaniwun Ajayi LP has established a sterling go-to reputation particularly in the areas of commercial litigation, banking, finance and capital markets work and in advising government at both federal and state levels.
The quality of excellent legal work imbibed by Sir Ajayi has ensured the Firm’s place as one of the most sought after full-service legal practices in Africa and to this day, continues to be at the forefront of several significant legal developments in the commanding heights of the Nigerian economy. The Firm also continues to be home to some of the brightest legal minds in Nigeria.

Sir Olaniwun Ajayi was also a prolific writer as a marked contribution to the change and development of every sphere of influence he had. In his lifetime, he published six books: This House of Oduduwa Must Not Fall, Lady Adunola Ajayi in Retrospect, Isara Afotamodi: My Jerusalem, A Memoir: Lest We Forget, Nigeria: Africa’s Failed Asset.

At the national level, Sir Olaniwun Ajayi was appointed a Commissioner for Education, later, for Health, in the former Western State of Nigeria (now Oyo, Osun, Ondo, Ogun and Ekiti States) from 1971-1974. Between 1975 and 1979, he was a member of the Federal Inland Revenue Appeal Commission. He was a member of the defunct Action Group (AG) and Unity Party of Nigeria (UPN). He was a founding member of the then Alliance for Democracy (AD) and other political formations. He was a founding member of the National Democratic Coalition (NADECO), and the Patriots. Sir Olaniwun Ajayi KJW was one of the leaders of Afenifere, a Pan-Yoruba political and cultural organization.