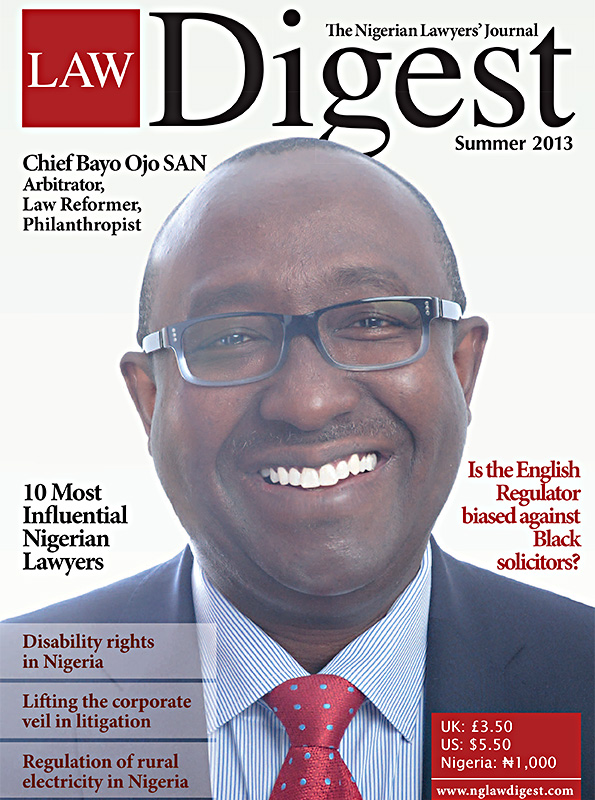 Welcome to the summer 2013 issue of the Law Digest. The Law Digest made a successful debut at the SBL – NBA Conference in Lagos in June, where it was well received by delegates. We are honoured to have Chief Bayo Ojo SAN as our “Lawyer in the News”. His contributi ons to the development of Nigerian jurisprudence and the legal system are undeniable. However it is in the field the arbitrati on that Chief Bayo Ojo SAN straddles the African legal scene like a colossus. We are also highlighting positive influence of Nigerian lawyers across the globe, in our series “10 Most influenti al Nigerian lawyers” starting with the UK. This is to mark the anniversary of the call of the first Nigerian lawyer to be called to the English Bar, Christopher Alexander Sapara Williams (1855 – 1915) who was called to the English Bar 145 years today. We also reflect on the allegations of racial discriminati on against the English and Wales solicitors’ regulator, the Solicitors Regulati on Authority (SRA) by many black solicitors including Nigerian solicitors.